Worlds Adrift Wiki
Register
Don't have an account?
Sign In
Advertisement
in: Articles in need of updating, Procedural Schematics 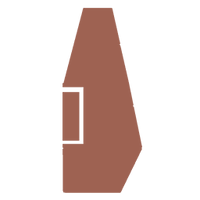 Wings are components that can be placed on a ship while it is docked at a Shipyard. They cannot be held in your inventory and must be picked up using your gauntlet when within the bubble of a shipyard that you have access to. They can be found as schematics located within chests or containers scattered around the islands or they can be learned by spending knowledge points.

Proper wing placement is crucial. Really important is to keep the wings placement symmetrical. Unsymmetrically placed wings can lead to unwanted pulling to one side.

When placing a wing, you want to place it in a way so that the ailerons (the little flappy bits, that are the moving parts) are facing towards the back of the ship.

There are three ways you can place your wings - horizontally, vertically or at an angle somewhere in between. Each of these three placement methods has different effects.

With a horizontally placed wing you can roll the ship left and right or pitch up- or downwards.

A rudder helps to yaw the ship faster (basically rotate left or right; pretty much like the Atlas Core does). Having at least one of these makes maneuvering a lot easier.

If you don't want to build a dedicated rudder but still want the benefits of having a rudder, then you might want to angle your wings.

The weight of the wing in Kilograms. This is a total of the weight of all the materials used to craft the wing.

The hit points (HP or health) of the wing provided by the wing's casing. (also see: Resilience)

Power in wings is a different thing than power in engines!
In wings, power is referred to as the maximum angle, the wings are able to pivot your ship. (i.e. a power of 100 can turn your ship much quicker than a power of 1.)

IMPORTANT NOTE: It has been pointed out that wing schematics are procedural, which means values can change. Thus the below schematics are now simply examples.