Use Crafting to create various items and Schematics in Worlds Adrift. 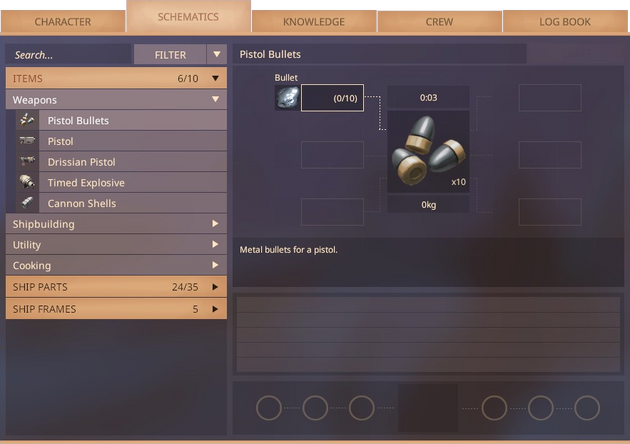 Gather Resources, and begin Ship building, or Crafting Tools that you think you might need. Crafting the Atlas Core which will create the Ships building area, allowing for 3d printing from the Assembly Station, which will open up the various Schematics to build.